Sonja immigrated to Canada from Yugoslavia with her family, in August of 1965, she had just turned fourteen years old.  In October the previous year, an unseasonal rainfall caused the Sava River to flood, washing away much of Zagreb and leaving Sonja’s family home, uninhabitable. As both of her parents were academics who worked at the University of Zagreb, lecturing on Eastern European History and Folklore, they were provided with a small space in a cramped, over capacity dormitory on the University campus. The crowded conditions and the pause of their teaching positions due to the flood damage to the lecture halls, pushed the need for the family of six to seek out better living conditions and opportunity. Her parents applied for and were offered positions at the recently expanded York University, in the northwest corner of Toronto. It was during the summer after the flood that the family, which included Sonja’s three younger siblings, arrived in Canada, so that her parents Dragana and Bogdan could begin their new positions when the Fall semester started at York.

Fourteen year old Sonja was devastated to leave her friends and her City of birth behind. The move was hard on her and she had a difficult time adjusting to her new life in Canada. She didn’t like the damp cold climate, nor the xenophobic stupidity of the locals as expressed by the treatment she received from the other kids at her new school. The locals constantly made fun of her last name, which was Dracul. They would sneak up behind her saying, “I vant to suck your blood”. They constantly mimicked her accent and they appeared to have no knowledge of Europe, outside of England, Scotland and Ireland where most of their families had originated from.  They usually referred to her as “The Communist” or “The Russian” despite her home country being Yugoslavia. While this infuriated her, she still tried like any other teenager to ignore it and fit into her new environment.

Sonja’s relationship with her parents went downhill after she turned sixteen. It was during her high school years that she started acting more like her new western peers. She started staying out late, sneaking around with boys, skipping school, drinking alcohol, all the usual teenage activities. By 1969, she had discovered pot and started hanging out in Yorkville, which had become the hippie enclave in Toronto, making it the easiest place to score dope in the city.

It wasn’t long before Sonja was dropping acid and eating peyote as often as possible with her new bohemian friends. She even started having sex with the twenty one year old lead singer of a local band called the Mynah Birds, who took on the stage name Rick James.  Rick had changed his last name from Johnson to James and was now able to hide in plain sight, singing in a rock band, while dodging military duty in America. This was two decades before he would blow up with his album Street Songs. Their relationship lasted a whole of three weeks.

Sonja loved the vibe in Yorkville. The small art galleries, cute boutique stores filled with the South Asian style clothing the hippies liked to wear and the head shops with all the pot smoking paraphernalia. The highlight of the neighbourhood though was its numerous coffee shops where she could find great music and poetry most times of the day. There were cool places to hang out, where you might find Joni Mitchell or Gordon Lightfoot playing an acoustic set. One time she wandered into a cafe to find Leonard Cohen, reading poems and hitting on all the girls.  Despite being thirty-one at the time, Leonard liked the younger suburban girls that hung around the Yorkville scene.

It wasn’t too long before Sonja made friends that were hanging out at Rochdale College, not far away at Huron and Bloor Streets. Rochdale was initially created as a federally funded housing co/op for University of Toronto students, which then morphed itself into an unstructured free College. Initially it was run with intention, purpose and idealism. For a period of time it successfully pursued and seemed to achieve some of the ideals of a generation that were looking to break away from the confines of straight conservative Toronto and specifically the academic stuffiness and snobbery of the U of T. With University students and an assortment of poets, filmmakers, visual artists and musicians steering the direction, the College had the best of the possibilities of the sixties built into it.  It was difficult to reach any consensus and as things slowly devolved into entropy and chaos. When the Toronto authorities took a hardline and bounced all the hippies out of Yorkville, under the guise of public safety. Freaks of all kinds, including bikers, criminals and non-idealists descended upon Rochdale from a sort of out of sight, out of mind move, where shit got weird and heavy fast. Sonja had been crashing with her friend Fiona, until their unit got taken over by speed dealers. Slowly the spirit of the sixties, was put to death by nervous straights and could coinciding with the change in drugs from Pot and Acid to Heroin, Cocaine and Speed, creating bummers and general bad vibes. The summer of love had now officially ended.

Growing up in a Socialist country, Sonja understood doing for the collective good. Her original political ideology, a mishmash of Tito, Mao, Marx, Ho Chi Minh, Che Guevara and Tommy Douglas, seemed naive and out of place, against the backdrop of Canadian conservatism, capitalistic greed and the every motherfucker for themselves mentally being spewed from the five or six American TV channels that were available at the time. Slowly the dark reality that was now surrounding her, made her question her youthful idealism. The fascistic reaction of the state against the kids hanging in Yorkville really knocked the wind out of her. It seemed like the Peace, Love & Understanding of the era was dying with the cool winds of the season change.  As the flower power wilted away, Sonja was under the pressure of her new boyfriend who was the antithesis of a hippie. Tiny was a biker, a big, scary biker and he didn’t like “Commies”.  Still Sonja was smitten. She liked to walk with him and watch the crowd part to let them through, her insecurities fed off of this fear based respect, received when they were out together. She felt safe with Tiny. Under his tutelage, she learned about “the free market”. She quickly turned many degrees to the economic right, becoming a Milton Friedman, fangirl in the process, a tiny, Tiny. Tiny’s business model essentially consisted of stepping on his drugs so much that buyers of large fronts were reluctant to pay him because they couldn’t find buyers who wanted his sad shit. Then he would use his size and biker friends to intimidate and get paid. The spoils of the free market, became all the rage. He was Capitalism at its finest and Sonja was madly in love.

During the first couple of years of the new decade the huge housing building had devolved into a sort of flop house-drug den. Regular students moved out and everyday hippies, transients, criminals, people with mental health issues, all carved out space in the common areas, usually rent free. Paranoia was rampant due to a heightened police presence and all the speed being consumed and distributed out of the building. The drug scene that ran the place for a couple of years, was unpredictable, friends were hard to find and greed and self-preservation replaced cooperation and inclusion. Tiny was in and out of jail, mostly for petty crime and drug possession. His size and choice of dress, headband, leather jacket, torn bell bottoms, always brought the heat to him.  Sonja became smacked out on skag and would turn tricks out of an apartment on the west wing, to pay his bail and feed her growing drug dependence.

As the Taurus moon of 1975, closed out the month, the RCMP, undercovers that had been squatting on the seventh floor, took down Tiny and his ragtag gang of unaffiliated roughnecks. The Toronto cops carried out the last residents roughly tossing them in paddy wagons and sealing the doors shut. The ideals and the hope for the experimentally open academic environment and cooperative housing, died in the middle of the Me generation.

After the building was cleared out of the rest of the students and assorted freaks the Feds took back the building, as the CMHC hadn’t been receiving its mortgage payments. “The Unknown Student” statue that had sat facing the front of the building was out turned away, towards Bloor St. as Rochdale was turned into Seniors Housing. 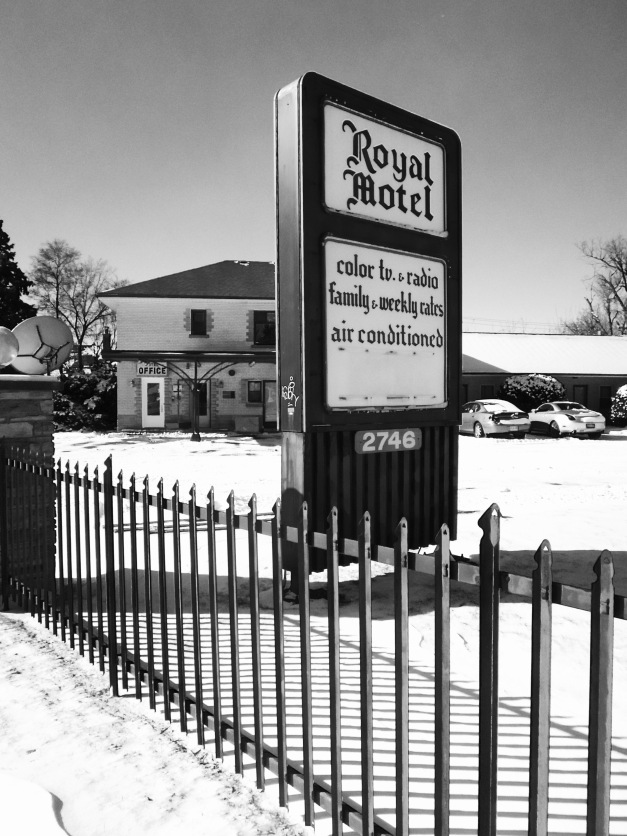 Posted by everythingisnothingbuteverything on August 15, 2010
Posted in: hdr, photos. Tagged: everywhere, fuck your paradigm, this is this. Leave a comment

what can rise, once more 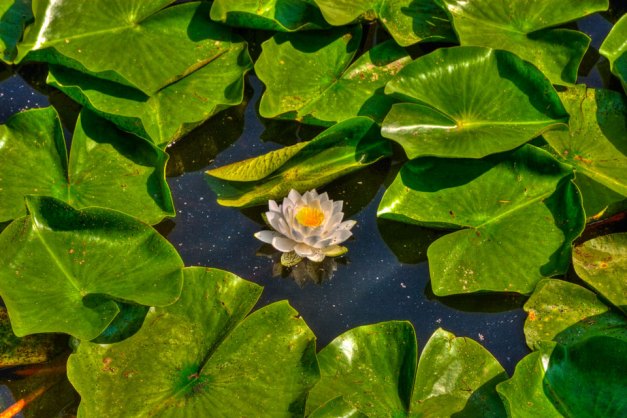 Posted by everythingisnothingbuteverything on July 29, 2010
Posted in: hdr, photos. Tagged: everywhere, geometry is everything, toronto. Leave a comment 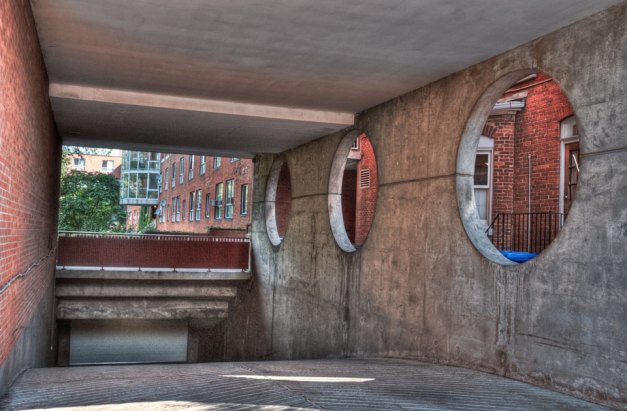 four people in a room 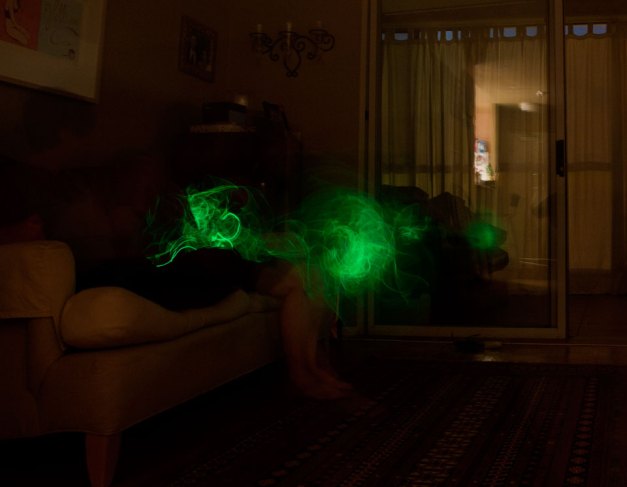 an exercise in letting go

Posted by everythingisnothingbuteverything on July 7, 2010
Posted in: photos, poems. Tagged: everywhere, this is this. Leave a comment 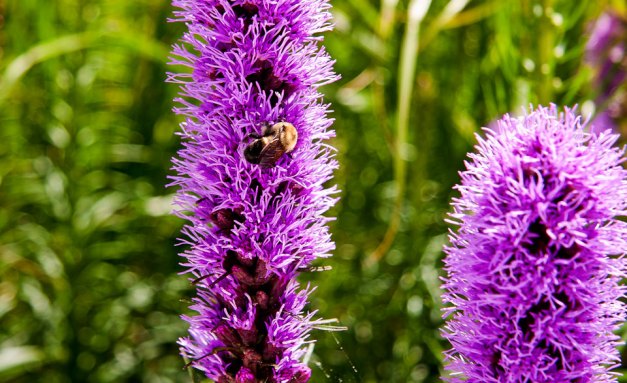 holding on to ideas of yesterday
is living in the past

when there is no there
there can be no then

though it still seems
so long ago

time held us, kept us
from ever knowing now

all the bumps and bruises
all the nothing nevers

hid behind the hands of time
obscuring ourselves from us

so look at where you are
and settle, ground

there is wisdom in the forest

Posted by everythingisnothingbuteverything on May 29, 2010
Posted in: hdr, photos. Tagged: everywhere, this wonderful earth. Leave a comment

Posted by everythingisnothingbuteverything on May 13, 2010
Posted in: hdr, photos. Tagged: always, everything, everywhere, never, nothing, nowhere. Leave a comment 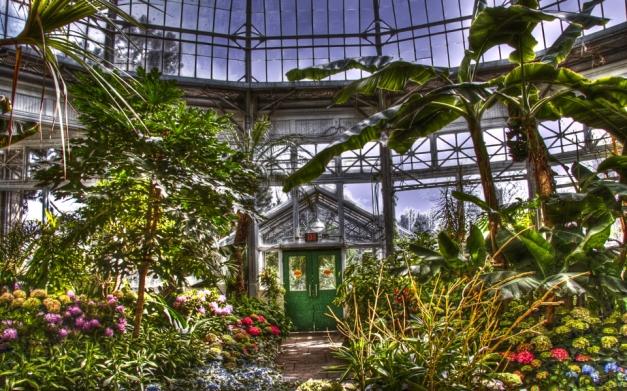 looking back with different lenses

Posted by everythingisnothingbuteverything on April 5, 2010
Posted in: hdr, photos. Tagged: & we shall all be healed, everywhere. Leave a comment

nothing is allowed, everything is permitted

Posted by everythingisnothingbuteverything on February 6, 2010
Posted in: hdr, photos. Tagged: everything, everywhere, nothing, nowhere. Leave a comment 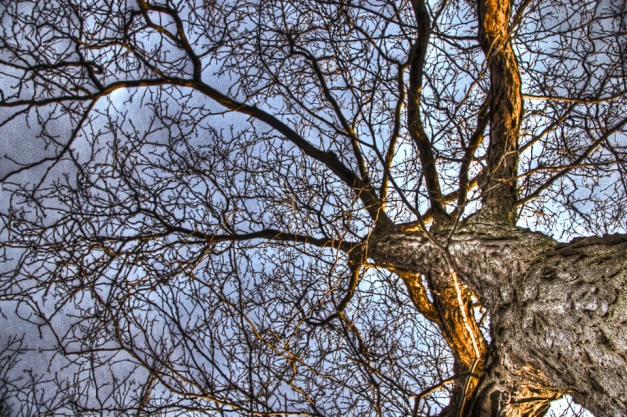 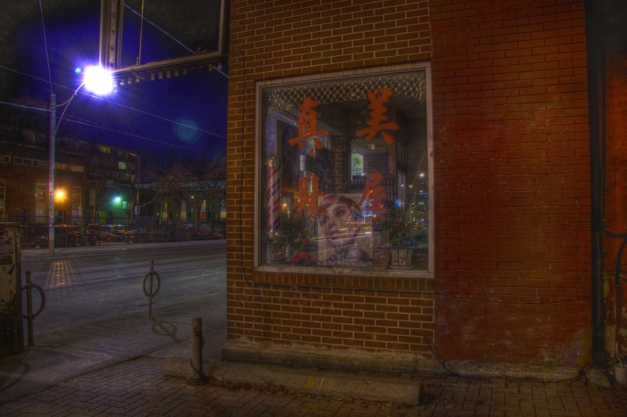 Everything is Nothing but Everything
Blog at WordPress.com.
Loading Comments...